Some foods can generate fat accumulation in the hips. We tell you what they are.

An essential aspect to take care of our body is to take care of our food. Beyond weight, the important thing is to maintain a balanced organism, where the deposits of fat and liquids remain stable and well distributed, synonymous with good health. That is why, if later, you have observed that the fat of your body is focusing in the area of the hips, perhaps you can begin to change your eating habits, substituting these foods that accumulate fat in the hips for other healthier ones. Today we talk about the foods that accumulate in the area of the hips and glutes. Point!

Any food that has saturated fat, such as fried or processed snacks, will encourage the retention of fat in the area of your hips. In fact, a study by Oxford University led by Fredrick Karpe says:

“By eating certain heavy foods and abundantly, fat enters the bloodstream almost immediately, the process of fat in the body can be given after one hour of intake and after three hours, the fat is processed by the organism and it is incorporated into the tissue; especially in the hip, thighs and buttocks “.

Soft drinks and processed juices contain high levels of sugars that contribute to the accumulation of fat in the tissues of the hips. Better, substitute them for natural fruit juices without sugar.

The combination of meat, rice, cheese, and wheat is not the best for your hips. Keep in mind that in this type of dishes you are mixing a high index of carbohydrates (rice and wheat pancake), with processed fat (cheese) and proteins (meat and cheese). Once it does not hurt, but if they are part of your usual meals or dinners, it is time to incorporate other healthier options into your diet.

They are delicious but a cup of ice cream can contain around 30 gr. of fat. In addition, ice cream (especially industrial) carry a lot of sugar, which will make the fat accumulate much more quickly in your hips. So if you consume ice cream every day or several times a week, rest assured that they will make your hips fat. 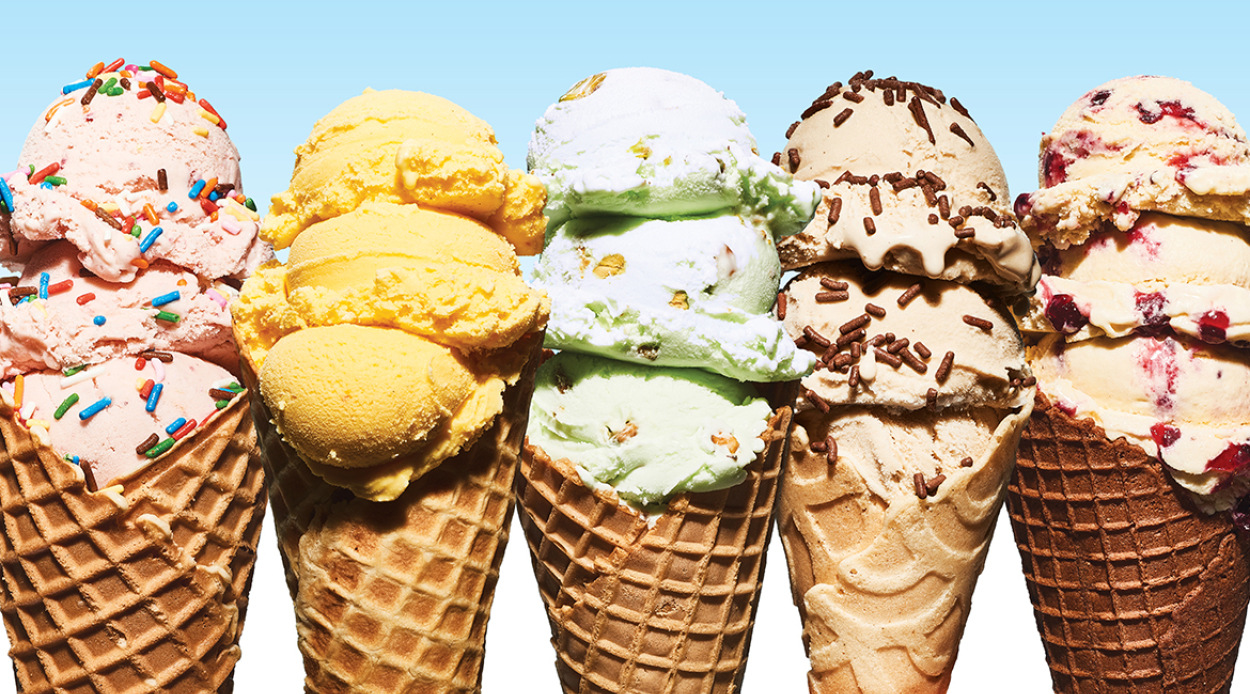 According to the European Prospective Investigation into Cancer and Nutrition of the German Institute of Human Nutrition, alcoholic beverages contribute to the accumulation of body fat in women. So it is best to avoid alcohol as much as possible and better consume other types of drinks, such as green tea that is antioxidant and will help you balance your body fat.

Natural nuts are very healthy, but you have to eat them in moderation since they contain high caloric rates compared to those of natural fruits. For example, a cup of raisins has 460 calories, while a cup of grapes has only 60. A few nuts per day will provide nutrients without posing a problem for your hips, but no more!

If you love hamburgers and veal fillets, it’s time to put them away from your diet, because regular consumption of red meats and processed meats (like frozen hamburgers) accumulate directly on your hips (by the way, they’re not healthy, either) especially the processed ones). Replace this type of caloric protein with other healthier ones such as fish, turkey or organic chicken and start choosing vegetable proteins such as legumes.

Why do the dreaded cramps appear?

A simple and effective routine: three essential exercises to define the lower train

Officials with the Louisville Metro Cops Division have actually recognized the man captive that they say shot and injured 2 law enforcement officers Wednesday evening (Sep. 23) amid objections in the city.

Larynzo Johnson, 26, was apprehended at 8: 40 p.m., according to his citation, which mentioned he would certainly face numerous costs of first-degree assault of a police officer and first-degree wanton endangerment.

LMPD acting Principal Ronert Schroeder stated Thursday that the suspect will certainly be billed with 2 counts of attack and 14 counts of wanton endangerment, “all guided versus law enforcement officer.”

Johnson is implicated of shooting two LMPD officers around 8: 30 p.m. Wednesday evening, as demonstrations continued across the city in the after-effects of the announcement that simply among the three police officers who terminated their weapons the evening Breonna Taylor was killed would certainly encounter costs.

Johnson’s apprehension citation, offered by the workplace of the Jefferson Area Circuit Notary, said the suspect’s actions “revealed an extreme indifference to the value of human life” and also put policemans at the scene at risk of death or serious injury.

The citation said LMPD officers were reacting to a big crowd at Broadway as well as Creek Street in downtown Louisville that had actually established fires and would certainly not spread after being warned.

Johnson was amongst the group and “deliberately utilized a handgun to fire numerous bullets at officers. Two police officers with LMPD were struck by the bullets causing serious physical injury.”

Witnesses determined him as firing the gun and afterwards ranging from the scene, the citation states, and he was in belongings of a handgun when he was restrained.

Footage reviewed by LMPD policemans, according to the citation, showed him shooting the tool, as well as a National Integrated Ballistic Details Network examiner was exploring an association between the firearm recuperated as well as covering housings recouped from the scene.

” There is a high chance that a tiny contrast, by a guns inspector, will confirm the organization in between the gun’s ballistic proof,” the citation from the detaining officer states.

Johnson’s document shows no previous arrests for terrible criminal activities or felony sentences. His address on the apprehension citation listed no residence address but “CAL,” meaning city at big.

One Facebook Live video taken at the time of the shooting by a person in the group shows up to show a guy in a various colored hooded sweatshirt shooting a handgun at a team of officers. A male was nabbed putting on a t shirt that appeared to match that summary.

The two police officers injured in Wednesday evening’s shooting were determined Thursday early morning as Maj. Aubrey Gregory and Robinson Desroches, an officer with LMPD’s 2nd Department that has been with the division considering that March 2019.

Gregory was struck in the hip and also was released from the medical facility overnight, LMPD acting Principal Robert Schroeder said, while Desroches undertook surgical treatment after being hit in the abdominal area. He is also anticipated to make a complete recuperation, Schroeder stated.

” Last night’s circumstance could have been so much worse for our policemans and also for individuals that were protesting when the shooting rang out,” Schroeder stated. “… We are very fortunate these 2 officers will certainly recover.”

The night before, Schroeder described the tense scenario as “extremely significant” as he talked to press reporters in a press instruction that was broken up after just minutes.

” I am extremely concerned about the safety and security of our officers,” Schroeder said. “Clearly we’ve had actually 2 officers shot this evening, and that is extremely significant. … I assume the security of our police officers as well as the neighborhood we offer is of the utmost value.”

And also to believe … every one of this could have been avoided had they jailed the police officers that killed Breonna Taylor.

Suspect Who Shot 2 Louisville Cops During Breonna Taylor Protests Identified is a message from: Chatter On This – Popular Culture, Information & & Videos

was mocked on social media for revealing she had taken her family to a private island for her birthday.

Covid: Wales ‘will not have local lockdowns after firebreak’

Early voting surge in US points to record turnout

The highest turnout in more than a century is predicted, with over 80 million votes already cast.