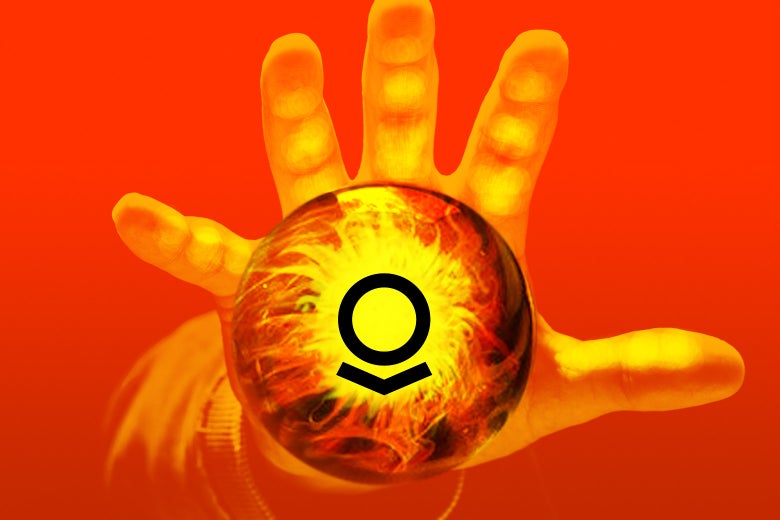 Why Humanitarians Are Anxious About Palantir’s New Collaboration With the U.N.

Big information analysis is showing up all over, and the world of humanitarian help is no exception. Organizations, from enormous help agencies to small NGOs, have been checking out methods they can utilize information conclusions to much better help people in need. And these help organizations are increasingly working straight with tech companies to assist them make sense of the information that they gather. Ideally, these public-private partnerships pair aid companies’ on-the-ground understanding with the advanced tech acumen of Silicon Valley. Still, other help tech specialists ( including myself) care that these collaborations, if done without sufficient oversight, can create ethical problems and expose vulnerable individuals’s data to surveillance and appropriation by effective interests.

On Feb. 5, the debate about such partnerships reached a new level of strength: The World Food Program, a United Nations aid firm and the world’s biggest humanitarian organization attending to cravings and food security, announced that it was releasing a five-year, $45 million collaboration with the notorious data-analytics firm Palantir.

For those unknown, Palantir– described succinctly as “fucking scary” by the Outline– was established in 2004 and got early financial investments from the likes of the CIA and Silicon Valley arch-investor Peter Thiel (the PayPal co-founder understood for, to name a few things, giving quotes like “I no longer think that liberty and democracy are compatible”). It was Thiel that offered the company its name, Palantir Technologies, after an interactions gadget utilized for malevolent ends in Lord or the Rings.

Fittingly, in the last decade, the business has actually earned a credibility approximately as favorable as Lord Sauron’s in Middle Earth. Palantir worked together with institutions such as the LAPD, NYPD, and New Orleans Police Department on questionable predictive policing and security tasks. It’s also worked on monitoring and tracking jobs with Immigration and Customs Enforcement, the CIA, the NSA, the FBI, and the Army It even allegedly worked with Cambridge Analytica(though the company rejects this).

But Palantir isn’t simply for policing, which gets to why the United Nations considered collaborating with the company. What Palantir does, in most basic terms, is aggregate massive amounts of information from disparate sources into a single pool, enabling organizations to draw brand-new conclusions and connections between them. For example, JPMorgan Chase uses Palantir tech to evaluate worker emails, web browser histories, GPS places, download and printer activity, and telephone call as part of an expert threat-monitoring program. Merck formed a joint venture with Palantir to mine healthcare information throughout research organizations and health centers for insights into cancer treatment.

It’s obvious why such analytics abilities may interest the tremendous World Food Program, which assists around 90 million individuals in 80 countries and purchases 3 million lots of food each year: These are activities that produce lots of data. In a current release, the set mentioned that the WFP and Palantir will partner to combine information from across the huge U.N.
organization as part of an effort to reduce functional expenses and make its work more efficient. The WFP had also already been working with Palantir on a smaller-scale project that aims to enhance the organization’s supply chain for nutritious food sourcing and delivery options. According to the release, that pilot task had currently conserved the WFP more than $30 million in operations where it is being utilized, and might save as much as $100 million as the pair roll it out more widely.

In a follow-up release, the WFP stressed that it would not offer Palantir access to WFP data that could be connected to particular individuals. It also stated that Palantir would not be associated with gathering any data itself, and that the aid agency would “maintain strict control of its systems”– consisting of making assurances that “Palantir will treat our content as private, not use it for industrial benefit, will not take part in ‘data mining’ of WFP data or share it with anyone unless expressly licensed in writing by WFP.”.

Yet, I’m not convinced by the WFP’s guarantees. Neither are a lot of my colleagues in the humanitarian tech world. Amongst other issues, some of which are laid out in an open letter signed by dozens of human rights activists and organizations– including, full disclosure, my employers at the Signal Program— that advises the WFP to reevaluate the terms and scope of its partnership, maybe the most essential of these is the openness problem.

Beyond a couple of press releases, we still do not have much info about how the WFP came to this agreement with Palantir or what the complete terms are– a bad precedent to embed in the humanitarian help field, where trust is crucial. This consists of having little bit to no info about Palantir’s rates model (which is infamously opaque) or its algorithmic evaluations (likewise notoriously nontransparent and, like other algorithms in this area, subject to harmful biases). As political researcher Virginia Eubanks documents in her recent book, Automating Inequality: How High-Tech Tools Profile, Authorities, and Penalize the Poor, we have actually currently seen how some black box algorithms utilized to decide who gets social aid in the U.S. have harmed already-marginalized and heavily surveilled neighborhoods. (For example, a computer system used by the state of Indiana to cut well-being waste flagged minor mistakes in advantage applications as a “failure to cooperate”– and resulted in over 1 million individuals losing advantages.) While we certainly don’t understand if Palantir’s analyses will have similar influence on individuals that WFP serves, we do know that unaccountable automatic decision-making has the possible to do a lot of harm.

I’m likewise afraid that the WFP is overconfident in its capability to anonymize and protect sensitive data it shows Palantir. In a recent report, the International Committee of the Red Cross and Personal privacy International observed that humanitarian companies often do not really comprehend how the personal business they deal with gather and analyze data and metadata, making it harder for them to guarantee that the companies are doing the ideal thing. At the same time, it’s getting ever easier to draw potentially harmful reasonings about people (both people and groups) from data that doesn’t, at very first glimpse, appear exposing. Regrettably, Palantir’s services revolve around doing just that.

Then there are the data control and information security problems. It ought to be a warning that Palantir recently battled a public fight over data control rights with among its partners: In 2017, when the NYPD tried to demand copies of the business’s analyses of department information, Palantir refused to offer the software application that would let the NYPD equate the declare a new, non-Palantir system. As BuzzFeed News’ William Alden reported, it got messier from there, and the standoff highlighted the “tough issue for companies and federal governments that outsource their data-mining tasks to outdoors specialists.” Neither Palantir nor the WFP have excellent data-handling records either– and there’s no indicator that transfers to centralize this data will assist the U.N. company enhance its record. There’s also the question of who would be held accountable if something goes wrong, and how? It’s unclear if the EU’s GDPR guidelines or other regional data security laws apply to United Nations companies like WFP, and there are no international treaties that cover data personal privacy Without any clear standards spelled out by the WFP, it likely indicates it will be difficult to hold either party accountable for data breaches or abuses that occur under its auspices.

Lastly, there’s the concern of credibility. International help organizations pride themselves on their adherence to the humanitarian principles of mankind, neutrality, impartiality, and self-reliance. Staying with these principles assists those who deal with these aid companies see them as positive stars, and makes it possible for them to be accepted– and access– in dangerous locations. The WFP might put that trust at danger if individuals begin to associate it and other aid companies with Palantir, or with other data-extraction business with links to intelligence and law enforcement, or if sponsors and receivers conclude their privacy is being sacrificed in exchange for food help and other assistance.

This is a problem that’s larger than Palantir. As humanitarian tech experts have actually explained, other big data-driven corporations help organizations have partnered with– consisting of Facebook, Google, and Amazon— do not precisely have shining records on privacy themselves. (And it’s likewise the case that Palantir’s track record might benefit from its association with WFP, which might help it fix its bad rap. Ditto these other public-private tech collaborations.).

On a bigger level, humanitarian aid companies should consider whether, by getting in into particular huge data-sharing collaborations with some of these corporations, they’re getting involved in security capitalism, and possibly doing so to the detriment of the individuals they intend to help.

Of course, help companies can’t just quit working with innovation. A humanitarian moratorium on dealing with personal tech companies would be impractical, and shortsighted, and ignorant of excellent things tech partners can give the table. What we require are much better methods to make sure that tech business will act as great allies when they work with humanitarian companies.

For the WFP, this need to include taking actions like those detailed by humanitarian tech advocates outdoors letter. Amongst their suggestions: The WFP ought to launch the full terms of its agreement with Palantir to the public, and put out more details about how the firm decided to work with Palantir in the first place. It should establish an independent evaluation panel to go over the task, particularly to look critically at the privacy and responsibility safeguards it does and does not consist of, and to make sure the WFP has a clear course to end its relationship with Palantir. And it needs to establish a system that would allow individuals who believe they have actually been damaged by any data-driven decisions that come out of the collaboration to file complaints and have genuine claims redressed.

Humanitarianism is based upon the “do no harm” principle, but without this bare minimum of defenses in location, help groups risk of accidentally breaching this extremely basic idea. Tech minded private-public collaborations like these can provide new and significant tools to help with help. With some standard safeguards in place, aid companies like WFP would not just enhance their own work. They would set a terribly required example for the rest of the world– including Palantir– of how to do technology right.

Future Tense
is a collaboration of.
Slate,.
New America, and.
Arizona State University
that takes a look at emerging innovations, public law, and society.