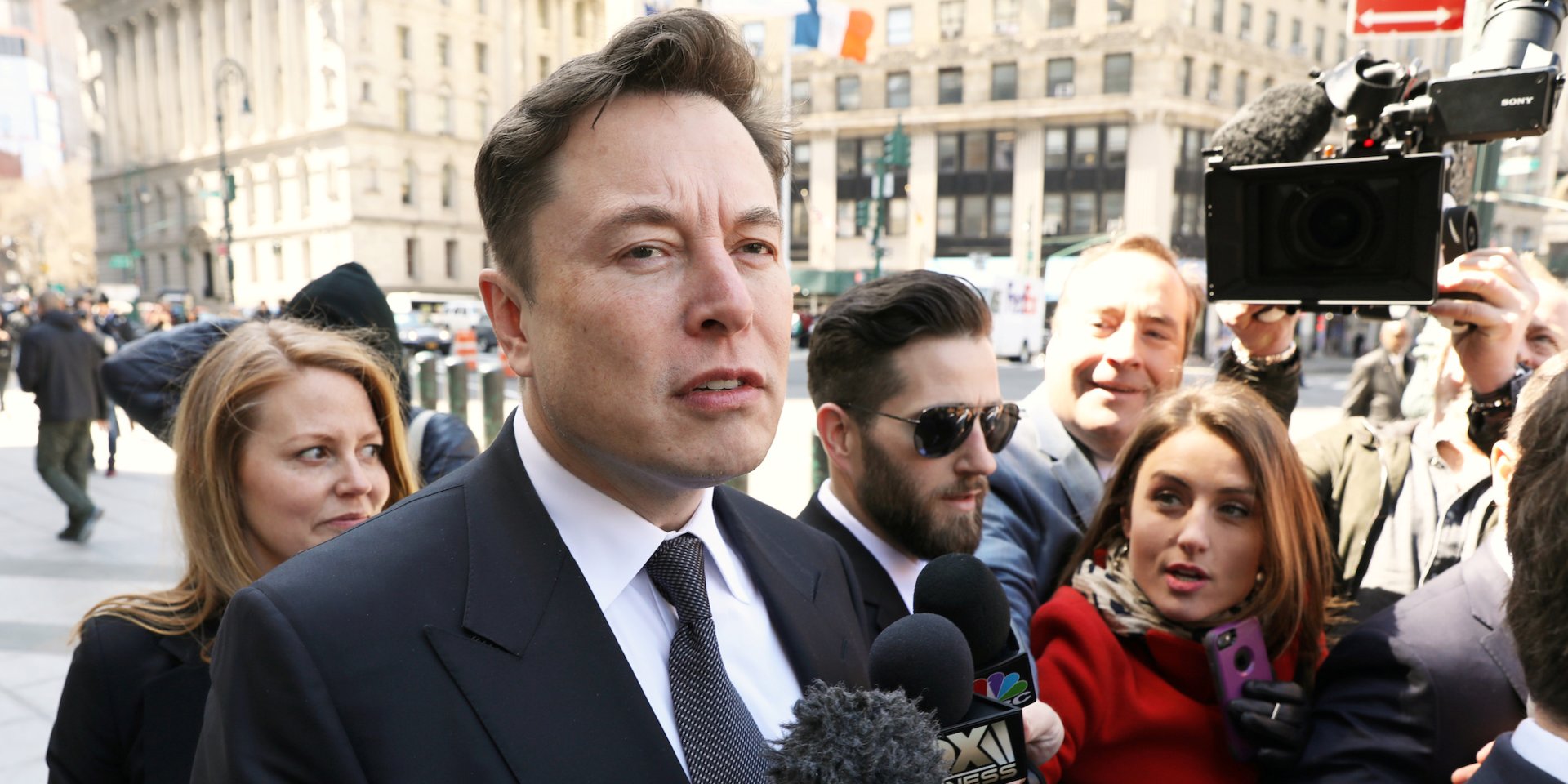 A year ago, Elon Musk tweeted his now-infamous “funding secured” message, announcing a failed bid to take Tesla private at an inside-joke price of $420 per share.

What followed was jeers from critics, baffled enthusiasm from fans, and an investigation by the US Securities and Exchange Commission that cost Musk his chairmanship of the Tesla board and installed a protocol that would have him pre-approve tweets that might affect investors.

In retrospect, the entire episode was tinged with madness and could have been interpreted as Musk cracking, after years of jousting with Wall Street short sellers and a media that was equal parts booster-ish and hostile.

Somewhat lost in the chaos was a still-important question: “Would Tesla be better off as a private company?”

The answer is actually yes. Here are five reasons why:

Tesla went public in 2010, raising about $226 million. The stock price went nowhere for a few years, trading around $20 until 2013, when shares took off and Tesla started to sell more vehicles.

Tesla’s initial offering raised enough money to keep the tiny company going for a while, but the all-electric automaker would now blow through that meager amount of coin in a few months.

Long-term investors have been delighted, booking a mega-return. But the scale of the IPO actually predicted the potential of the electric-car market quite well. Even as early as 2010, Tesla was a big player — but the pond was, and still is, small. A decade on, EVs make up just about 1% of the global market. The idea that, in this context, Tesla is worth $50 billion is sort of hard to square with reality.

It would be much easier for the company to nurture the EV market if it could operate away from quarterly financial scrutiny.

2. Tesla attracts too much attention as a public company.

The key problem here is that much of the debate around Tesla doesn’t involve cars — it revolves around the stock price.

Those who follow the stock closely often treat Tesla as a technology company — it is based, after all, in Silicon Valley, and Musk is part of the so-called “PayPal mafia,” entrepreneurs who have have transitioned from the sale of PayPal to eBay and become influential businesspeople.

Tech companies are understandably fascinating, as personal computers, smartphones, the internet, search engines, and social networks didn’t exist 116 years ago when Henry Ford founded the enterprise that bears his name.

But they’re also financialized undertakings, dramas written in venture capital and the constant thrum of valuations and stock-market chatter. Car companies are more boring operations. The major automakers that are publicly traded plod along, raking in mountains of revenue every quarter (cars are expensive) but posting relatively modest profits.

The combination makes for appealing dividends and periodic stock buybacks, but little in the way of big stories.

Tesla should fit into that paradigm, but it doesn’t, for obvious reasons. New car companies always suck up the public’s attention span, because cars are cool. But making them is all about steady, plodding execution.

We should have seen it coming.

“I wish we could be private with Tesla,” he told Neil Strauss in a Rolling Stone interview in 2017.

The struggle of being a public-company CEO was obviously weighing on Musk then, and the difficulty later burst into view when he railed against Wall Street analysts’ questions in 2018 and began to taunt short-sellers on Twitter.

The take-private scheme would have pulled Tesla and Musk out of this toxic dynamic. Unfortunately, Tesla was by then a victim of its own success: With a market cap that challenged General Motors, the little car maker that could would have been a very big financial bite and a struggle for bankers to move from the stock market to private ownership.

4. Musk is ill-equipped to lead a public car maker. But he’d be brilliant as a private-company leader.

Auto CEOs tend to be conservative, circumspect executives who carefully manage their messages. Not since the late Lee Iacocca, who steered Chrysler through a near-bankruptcy in the late 1970s and early 1980s, have we seen a leader as outspoken as Musk.

Nearing 50, also serving as CEO of another company — SpaceX — that has the modest ambition of colonizing Mars, Musk isn’t likely to moderate his personality. His swashbuckling style would be perfect for a sheltered private enterprise, lavishly funded by major investors with long-term visions.

But pitted against modern Wall Street short-termism, his leadership style is a poor fit.

Musk personally owns over 20% of Tesla, while big institutional investors own much of the rest.

That ownership structure shouldn’t lead to the kind of volatility that Tesla’s stock is known for. But it does. That’s because enough traders, long and short, can shift in and out of the stock to cause the price to fluctuate wildly within defined ranges. Swoons and spikes of $100, adding or subtracting billions in value over weeks or even days, aren’t unusual.

Managing a company that runs on a car maker’s cost structure (read: cash-gobbling) and on a car maker’s timetables, in that context, is deeply difficult. Auto companies need years to design, develop, test, manufacture, and market vehicles.

Constant market exposure is the enemy of that requirement. If Tesla were private, it could align its developmental needs with the logic of its cash flows.

This is an opinion column. The thoughts expressed are those of the author(s).