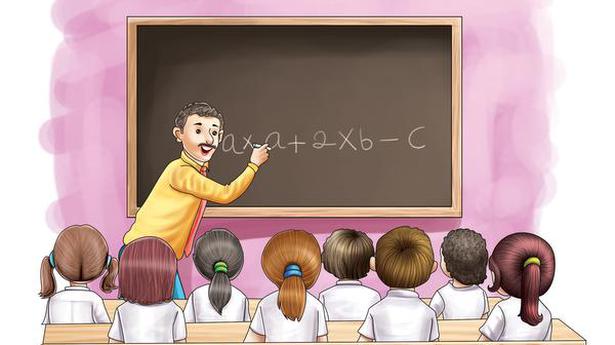 Teaching in the time of consumerism

Like many other topics, teaching and those who earn a living by teaching are subjects of a highly polarised debate in our country. Public perception of schoolteachers is quite negative in many parts of the country. If you ask a young urban audience: ‘Who wants to be a schoolteacher?,’ the answer will come with so much hesitation that you will be right to summarise it as: ‘No one, really.’ You can verify this by asking freshly enrolled students at a teacher-training course: ‘Was teaching your first preference?’ Very few will say, ‘yes.’ Among young men, there will probably be no one answering in the affirmative.

This low popularity of school teaching can be linked to several changes that social ethos and state policy have gone through over the last three decades or so. In a consumption-oriented environment, the kind of idealism school teaching requires is not easy for a young person to cultivate and sustain. The working conditions and ethos at their respective schools erode the stamina of the few who start with a sense of dedication.

I hardly need to add that this macro picture conceals the tales of several thousand teachers who battle on and remain committed to their duty against all odds. Some of them do get appreciation from parents of the students, but more often than not, parents remain dissatisfied. Many parents now treat their progeny’s school life as an ‘investment’ for which they demand the best ‘value’, often by relentlessly criticising the teacher and the principal. They don’t know the burden teachers carry on their fragile, ill-equipped professional shoulders. This burden includes the weight of family and community life, and the pressure coming from officialdom.

On their part, children bring to schools the psychological bruises incurred at home where the adults are too preoccupied with their own lives. Further, as recent surveys in both urban and rural habitations show, technology is a dominant player in child upbringing. A schoolteacher must cope with the impact that these drastic changes have made on the inner world of children.

Speaking of training, the vast majority of teachers being hired today have had their professional training in poorly equipped institutions. Weak professional preparation is not a recent woe, but it has certainly worsened under the ‘licensing raj’ of the National Council of Teacher Education (NCTE). There was a time when teacher training had no licensing authority. The NCTE was an advisory body then, with no statutory powers. It acquired legal teeth as a result of the NCTE Act, 1993. The new, empowered NCTE came into being two years later.

The mid-1990s marked a period of tumultuous change in the landscape of public education. The impact of market-friendly policies was spreading across the system, but it was the most palpable in professional education. Private enterprise in medical, engineering and management education had already set in. Compared to these areas, teacher training was both cheap and highly profitable.

Demand for qualified teachers rode the wave of rapid growth in primary education. In response to this demand, teacher-education institutes and correspondence courses mushroomed. The NCTE had a difficult mandate to fulfil and had to maintain standards by regulating a bullish market of enrolment providers. Initially, it seemed as if the NCTE’s regulatory role would succeed in imposing quality norms. However, before long, the body’s failure to control the flood of commercial private interests started looking inevitable.

Teacher training was, of course, not the only area of professional education to be corrupted by the new licensing regime. The system of education was in general battling hard to find ways to regulate the swelling, strong current of privatisation.

The teacher-training sector became so afflicted by fraudulent institutions and practices that internal mechanisms of correction proved inadequate. Hundreds of cases against bogus institutions reached the Supreme Court, which appointed a commission chaired by late Justice J.S. Verma. For a few years after 2012, when its report was published, an attempt was made to implement its recommendations, but the momentum slowed down before long. Several recommendations required substantial state funding, but the NCTE had already taken the self-financing route. Its institutional capacity to provide academic leadership to teacher training was already limited. Its further decline coincided with the rise of technological gimmickry. However, it would be wrong to hold the NCTE alone responsible. The wider problems of higher education have also made their contribution to the decline of teacher training. This is not hard to explain. Graduates whose college education is of poor quality cannot be expected to overcome their learning backlog at a training institute. Faculty shortage exacerbates this deprivation.

The government recently came up with a policy decision favouring four-year courses that integrate undergraduate learning with pedagogic training. This model is not new, and its success depends on investment in institutional infrastructure. But with commercialisation fully entrenched in teacher education, one cannot expect generous spending on faculty and infrastructure.

Problems of teacher training have had a pervasive impact on school education as a whole. Governments have been aware of this, both at the Centre and in the States. One of the steps they have taken to fill the quality gap is to introduce a teacher-eligibility test. This has only made a marginal difference, as the proportion of trained teachers who get through the test is low, creating a vast backlog in recruitment. On the other hand, para-professionals have been growing in number and influence. They are known by various names in different States, but they also exist in vast numbers outside the system — as providers of home tuition and coaching. This underbelly of the education system suffers no interference from state norms. In the world of coaching, we see the utopia of free enterprise and the demise of teaching as noble work.

It is hard to date the beginning of the current, ongoing decline in the status of teachers. A conversation with a senior official in Madhya Pradesh comes to mind. During a visit to Bhopal more than two decades ago, I asked him if it was correct to say that school teaching was no longer considered a career in M.P. He readily agreed. We discussed the new realities that had emerged. We agreed that a major shift in culture, pushed by economic changes, had occurred, and it had marginalised the teacher.

The Indian teacher, once a foot soldier in the freedom struggle and a contributor to nation building in the early years after Independence, now stands relegated to the margins of public life. This marginalisation is reflective of the social change that has taken place in the country and flags the diminishing importance of intellect. This is also evident from the news about our greatest historian being insulted by her university. Our collective vulnerability to the power of propaganda and rumour is not new; disrespect for the teacher’s dedication to a life of intellect is.

Nonetheless, no matter what the subject and howsoever limited his or her own knowledge, every teacher tries to nudge his students towards reality and truth. Children want their teacher to verify and appreciate their efforts. Having faith in his/her teacher is a part of being a child, a blow to which will disturb the foundations of social living.