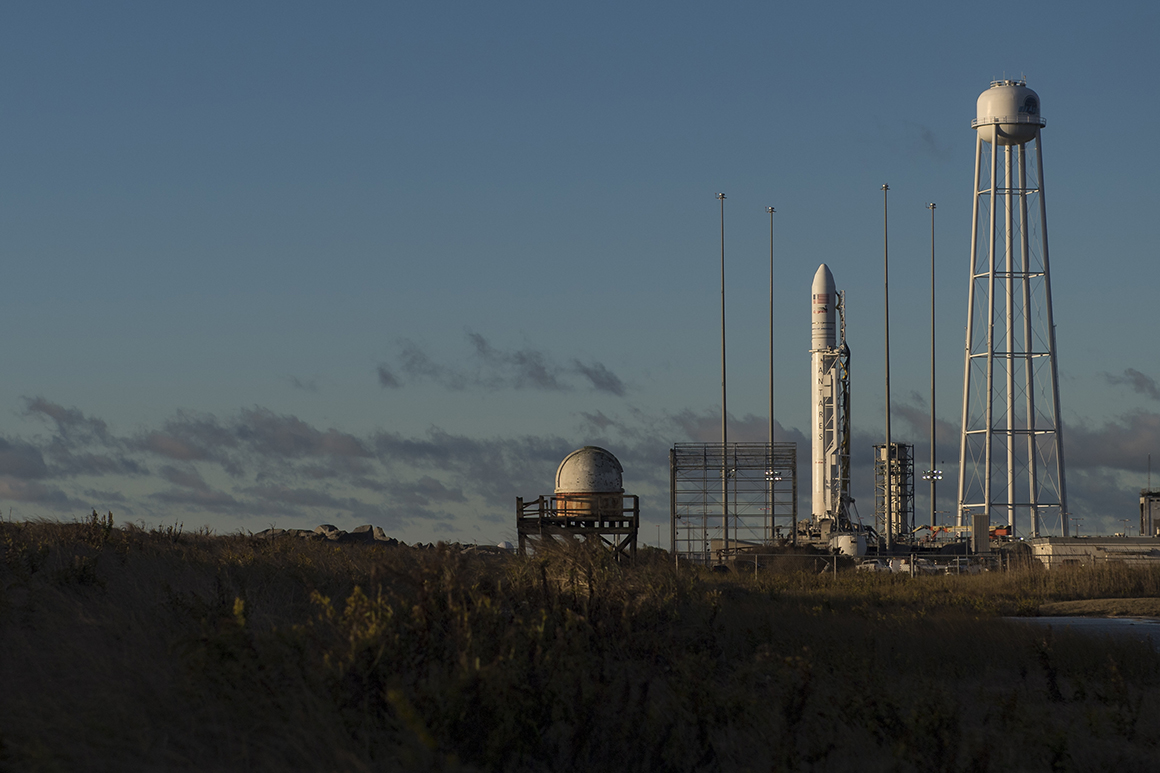 Push for nuclear power in space sets off proliferation debate

NASA could place human missions to the moon or Mars in political jeopardy if it opts to use highly-enriched uranium as a power source in space, warns a leading specialist on nuclear proliferation.

Astronauts living off of Earth for months at a time will need a reliable energy source for life support and to conduct experiments. But nuclear reactors using highly-enriched uranium, which is used in atomic bombs, will present a host of safety risks and diplomatic obstacles, says Alan Kuperman, the founding coordinator of the Nuclear Proliferation Prevention Project at the University of Texas at Austin.

Kuperman is convening stakeholders on the issue next month, including Jeffrey Sheehy, the chief engineer in NASA’s Space Technology Mission Directorate, and Rep. Bill Foster (D-Ill.), who serves on the committee that oversees NASA. The House-passed fiscal 2020 appropriations bill for NASA includes an amendment from Foster that directs NASA to focus its research on low-enriched uranium reactors.

“NASA is introducing political risks to its plan by going this highly-enriched uranium route,” he adds.

The Trump administration ordered NASA in August to craft guidelines for safely using nuclear reactors on Mars or the moon. NASA is also moving ahead with its nuclear power ambitions under it’s Kilopower project to build a highly-enriched uranium reactor that could deliver 10 kilowatts of electrical power continuously for at least 10 years. The space agency launched a study in fiscal 2019 with the Department of Energy to determine how both low and highly-enriched uranium could meet different needs. But the agency “has not made a final decision on highly-enriched uranium versus low-enriched uranium for surface power,” according to NASA spokeswoman Clare Skelly.

NASA insists, however, that its actions are in line with the Atomic Energy Act of 1954, which sought to encourage the scientific and peaceful use of nuclear power.

But Kuperman questions whether NASA’s use of highly-enriched uranium is undoing decades of work to reduce the use of nuclear bomb material both in the U.S. and abroad.

There are some non-nuclear power options for deep space missions, but each has drawbacks. Solar power, for example, is not helpful at night, which can last nearly 30 Earth days on the lunar surface. Solar panels are also vulnerable to being covered by dust, a very real threat on Mars, which is prone to violent dust storms.

This transcript has been edited for length and clarity.

Why did you set up this conference?

What do you hope to achieve?

We want to look at … what are the potential risks of using this type of fuel in a space reactor. Those risks include … a launch failure. That would send the thing up but it would come down in somebody else’s country. What would be coming down is 40 kilograms of highly-enriched uranium, which is enough for several nuclear weapons. … About 20 percent of launches have failures. … The government is well aware of the risk. I believe, but I can’t be sure, that it’s the reason President Trump’s presidential memorandum last month said any launch with highly-enriched uranium would require presidential approval before the launch.

Another risk of highly-enriched uranium is the security costs for NASA would go through the roof. A study from a few years ago says extra costs would be $40 million per launch and a one-time infrastructure update at the launch site of $30 million, so the first launch would cost $70 million extra for security.

The third risk is that this would create a precedent for other countries. They might say, “The U.S. now thinks it’s ok to use highly-enriched uranium, so we’re going to enrich uranium to weapons grade.” Maybe they are really using it for a [power-generating] reactor, or maybe they’ll divert it for a bomb.

The fourth big concern is that the commercial reactor builders are not licensed to handle highly-enriched uranium. so that means they could not partner with NASA to develop less expensive reactors. This would be a government program and, as we know from conventional launch, that can be on the order of 10 times more expensive than what commercial sector could do.

That’s another topic we want to examine at the symposium. The claim from some in NASA … is that this type of reactor for use on the surface of a planetary body … would be much heavier if it used low-enriched uranium rather than highly-enriched uranium. They say the reactor core would require much more uranium and that therefore the core would be bigger, therefore the whole reactor would be heavier. They say this would either increase launch costs or it might even preclude the ability to launch the reactor into space. That’s the claim. The question is: is that claim true or not?

What we’re going to have at the event is a professor who published a recent article in an academic journal that looks at weight differences between a highly-enriched uranium and low-enriched uranium reactor. He found that, while a low-enriched uranium reactor would be somewhat heavier, it’s not much heavier. … [There’s] maybe twice as much uranium, but uranium is not actually the main weight in the reactor. It’s the other parts that shield the reactor and that convert the heat from the reactor into electricity. So even if you double the weight of the uranium, you’re not doubling weight of reactor. You’re marginally increasing it.

NASA is working on two kinds of reactors. One is on the planet’s surface to provide power and electricity for a base. They’re also working on nuclear propulsion to power a rocket to get there. Those [propulsion] reactors are designed to use low-enriched uranium, so they are not controversial from a proliferation standpoint.

Who do you expect to attend the event?

There are lots of people coming from NASA, from the [National Nuclear Security Agency,] from some national labs and NASA labs, and then some folks from the Hill and a number of members of the press. … [We’re] targeting this at a fairly expert or policy making audience rather than just the general public.

As is often the case with any government, sometimes people are in their own silos and the right hand doesn’t know what the left hand is doing. … There are some people in NASA that really didn’t have any idea how much effort the U.S. government has put in for 40 years to end the use of highly-enriched uranium reactors. … Similarly I think there were some people at the National Nuclear Security Agency who had no idea how serious NASA was about really pursuing and proceeding with highly-enriched uranium based reactors.

NASA has put out statements saying that when they have a base on the moon or Mars, they envision putting up five of these reactors with each one having 40 kilograms of highly-enriched uranium. That’s enough for potentially more than a dozen nuclear weapons. How do we go to other countries and say, “You really shouldn’t use highly-enriched uranium for reactors,” when we’re planning to put a dozen bombs worth into space.