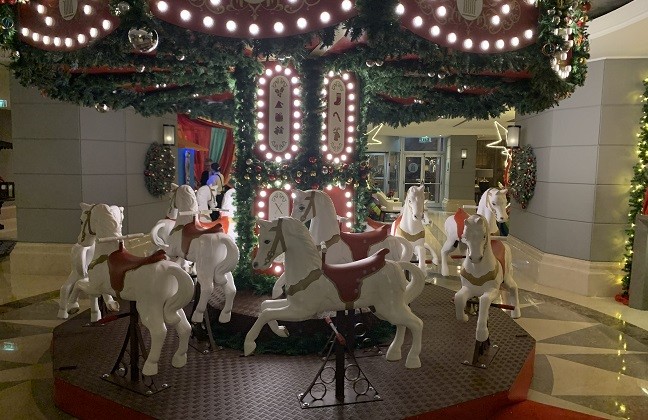 Hey kids! Forget about Disney – who fancies a trip to DevOps World?

DevOps World Lisbon Love was in the air at the CloudBees-sponsored DevOps World in Lisbon this week as the 900 or so attendees were treated to public displays of affection with Google both on stage and behind the scenes.

The keynote had all the navel-gazing typical of open-source gatherings these days as the crowd was taken on a trip 15 years down memory lane to CloudBees’ former CTO, Kohsuke Kawaguchi, breaking builds at Sun and devising what would eventually become Jenkins.

The Register met Kawaguchi at last year’s event and back then he seemed a little uncomfortable in the shoes of CTO. Earlier this year he shifted to the role of chief scientist, something CloudBees CEO Sacha Labourey noted during an interview with El Reg at the convention, remarking that as well as being busy with the Continuous Delivery Foundation (CDF), Kawaguchi was keen “to not be a bottleneck”.

The “Father of Jenkins” has therefore dropped out of the day-to-day drudgery of being CTO in favour of something more creative and community-focused.

While Jenkins (and its 1,666 – and counting – add-ons) received the customary nod, Jenkins X and all things Kubernetes were clearly the future, replete with a Google Cloud Platform (GCP) tinge.

The eternally enthusiastic CloudBees distinguished engineer James Strachan has steered the pod-happy pipeline tech through its difficult early days before the adoption of Tekton to abstract away the trickier realities of Kubernetes in a pipeline world.

His excitement was barely dimmed as the SaaS platform suffered a wobble during a demo in front of The Register as his colleague and fellow Red Hat refugee, James Rawlings, attempted to kick off a build and deploy on the shiny new tech. Things did not quite go to plan when compared to the canned video shown off to the crowds, but hey – it’s DevOps. Just roll it back and fix it. What could possibly go wrong?

We’ll cut the gang some slack – Jenkins X SaaS is a “Preview Experience” for the time being ahead of a mid-2020 release.

It’s all a bit Googletastic

The Google love-in continued throughout, with various staffers from the ad slinger wheeled on stage, including Tara Hernandez, to extol the virtues of the Chocolate Factory’s contribution to the continuous delivery framework Tekton.

While Tekton has been passed to the CDF, Donna Malayeri (on behalf of Google) told Knative fans that that project wasn’t about to be handed over to any foundation “for the foreseeable future.”

The long shadow cast by Google gave a number of delegates pause for thought, and one could have been forgiven for wondering if the ad giant was pondering snapping up CloudBees. Certainly, the DevOps darling has been on a spending spree to build a portfolio of pipeline products that all work… a little bit differently.

As Anders Wallgren, former CTO of recent acquisition Electric Cloud and now veep of technology strategy, acknowledged: “There are different products, different teams, different technology stacks…” – all of which will make deep integration challenging and the user experience a little jarring in our experience.

Of course, the vast array of add-ons for the venerable Jenkins product has meant that its users are well used to the management challenges of keeping a pipeline made up of disparate parts running. A SaaS version of the vanilla Jenkins would ease those headaches, and within CloudBees “there has been heated debate about this very topic,” according to Strachan.

And then there is the question of actually paying for it, while also avoiding the scenario where a cloud giant might swoop in and sell the cloud-native tech itself. Certainly, the likes of MongoDB have sought to deal with this via slightly controversial means.

“We will not do it like MongoDB,” said Moritz Plassnig, formerly of Codeship and now veep of cloud. Strachan added: “There’s a bunch of stuff that we use to operate the SaaS that we won’t open-source.”

The DevOps market is festooned with vendors attempting to sell pipelines in SaaS fashion. And there is GitLab, which intends to be a one-stop shop from repo through to deployment.

Unsurprisingly, CloudBees rejects the single-vendor approach. Although if someone was to swoop in with a big enough cheque, we reckon all bets would be off.

In the meantime, and to the likes of GitLab (who were also present at DevOps World), Strachan simply said: “Bring it on.”

We’ve asked GitLab for its response and will update if one is forthcoming. ®

Sid Sijbrandij, CEO of GitLab, told The Register: “It is important to meet customers where they are at.

“This is why having a complete DevOps platform like GitLab is so attractive to users. We have many integrations; including Jenkins, that let customers use what they want. Meeting them where they are at.”